MOX Shielded Through A Table! Hangman Has No Friends. Death Triangle Formed. 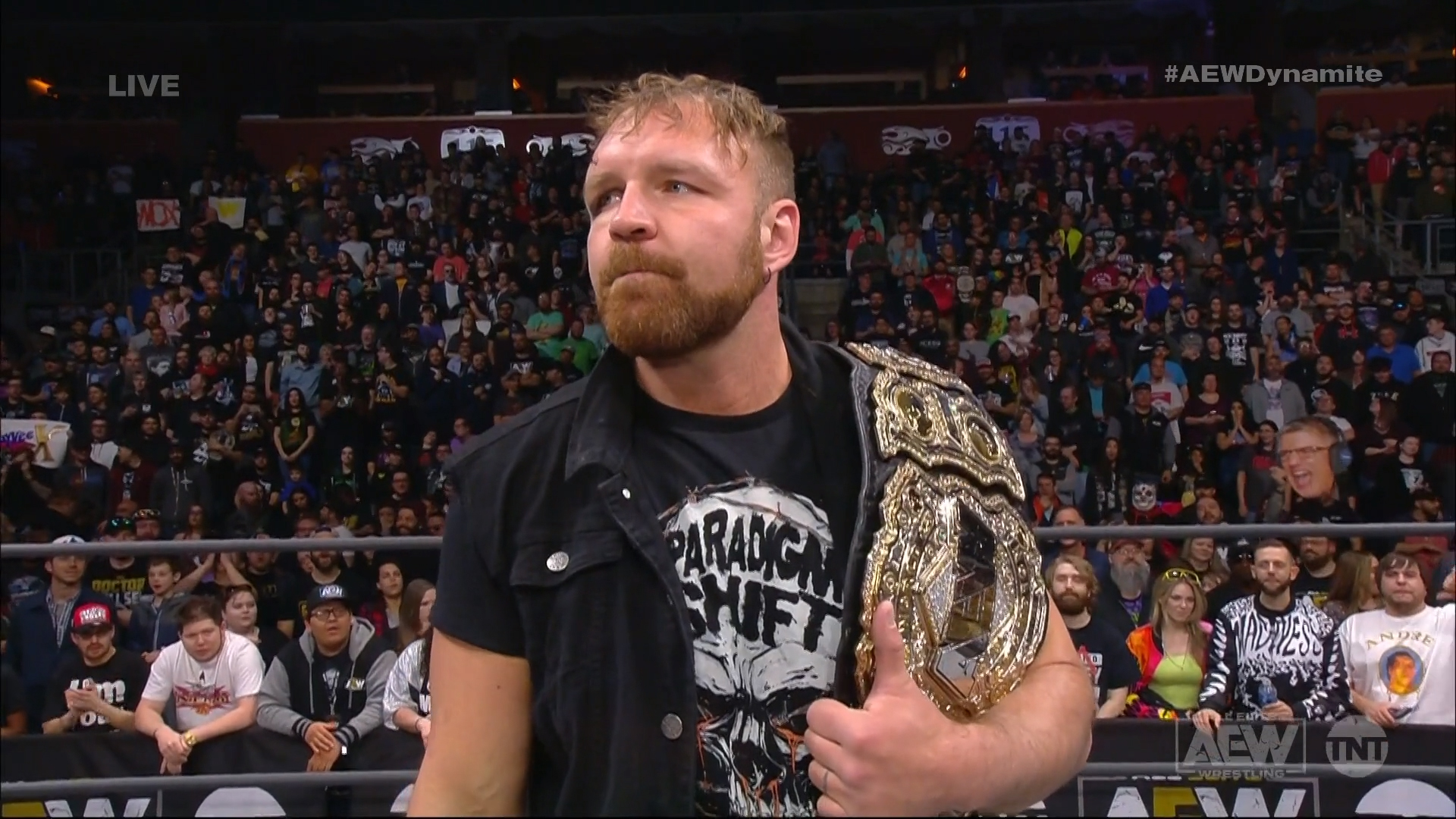 Jon Moxley received Show Opener walking through the crowd with his new Championship. Chris Jericho came out to rant and call everyone “Stupid Idiots!. “The Inner Circle” Jake Hager, Santana, Ortiz and Sammy Guevara tagged along as usual. Jericho stated he would take a 60 Day Leave Of Absence if he loses the match tonight. 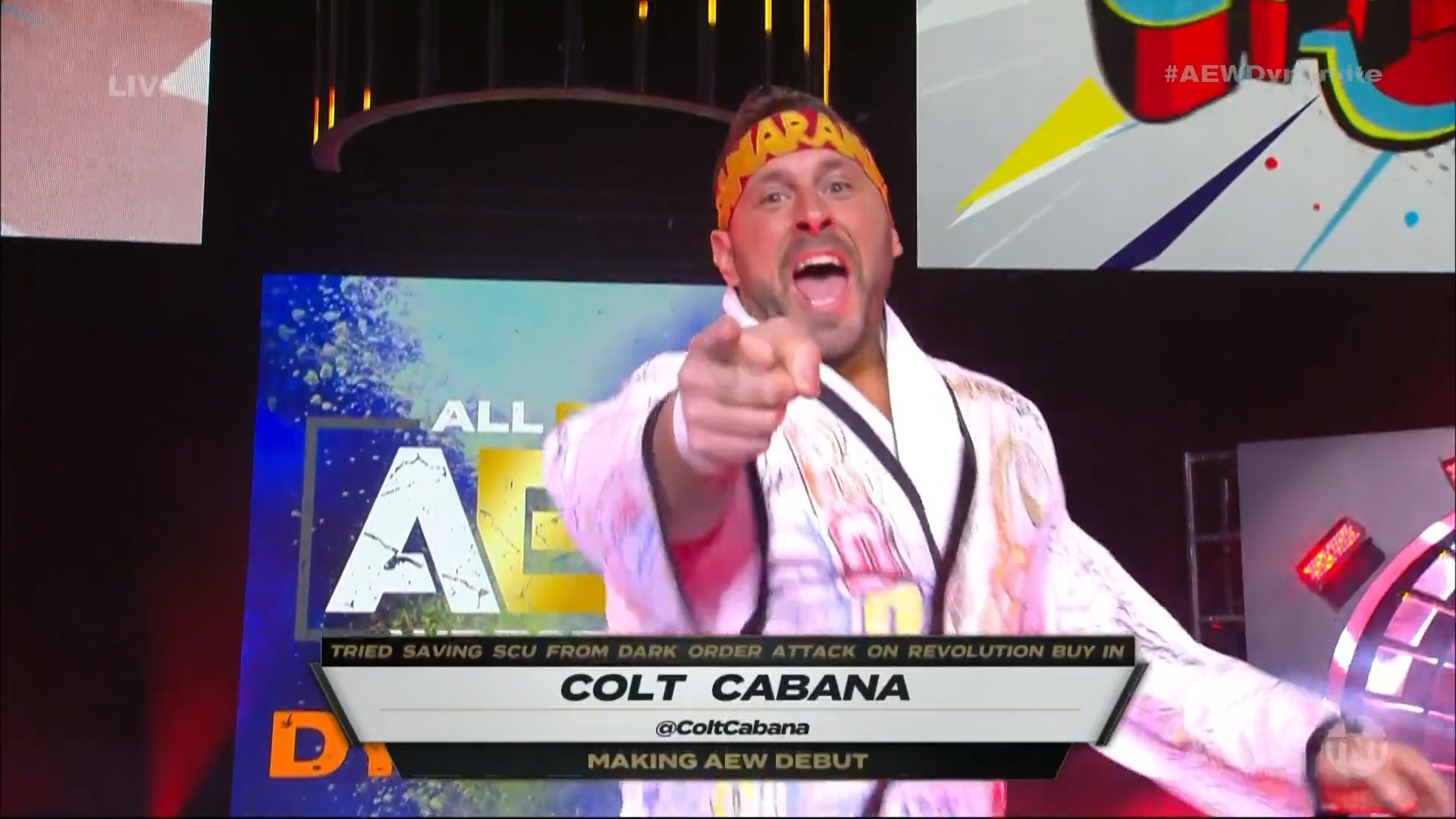 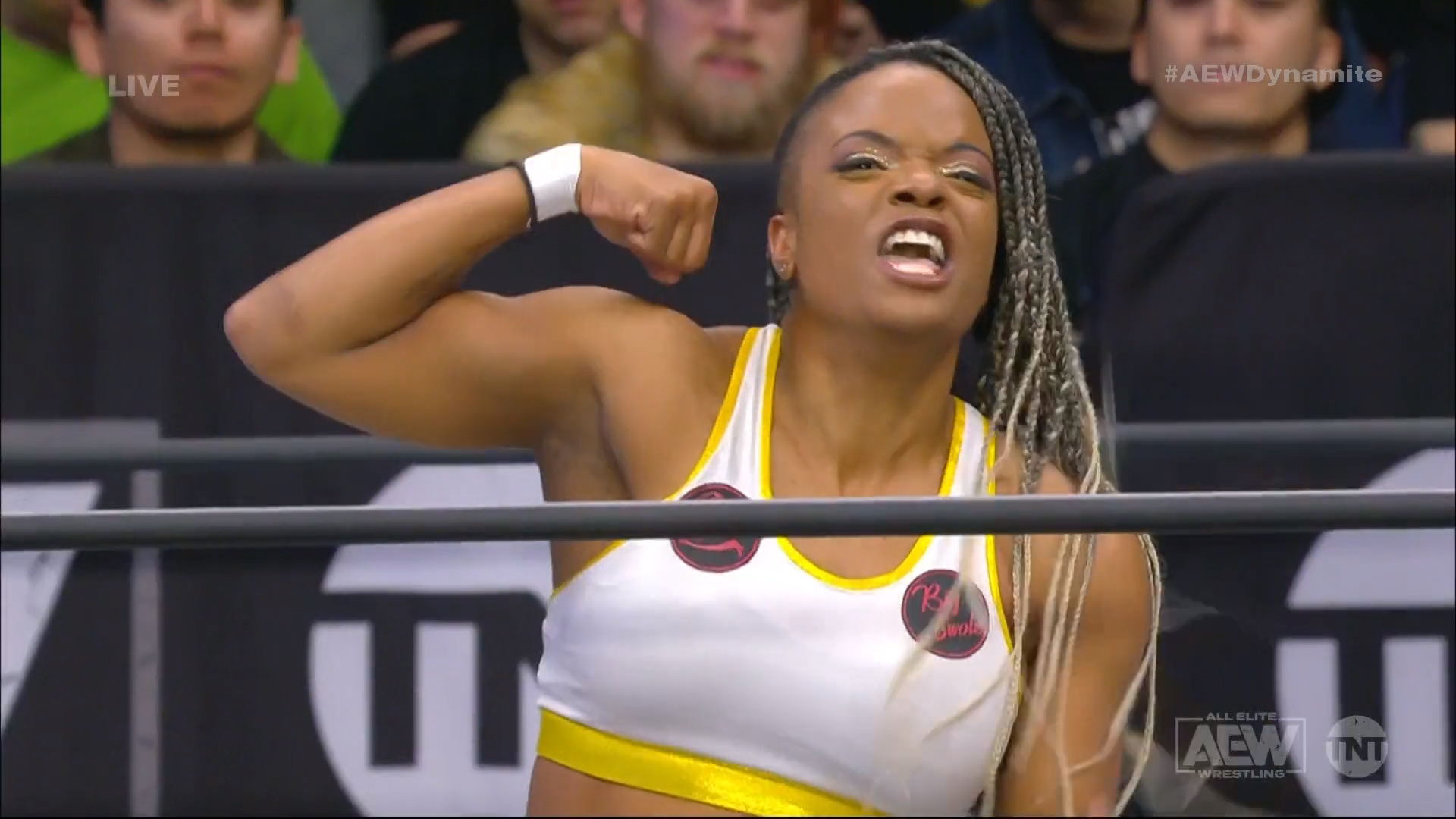 Big Swole defeated Leva Bates (Accompanied To The Ring) by Peter Avalon in a Singles Match to earn 20 points. Britt Baker received Guest Commentator points for joining the announce team during the match. 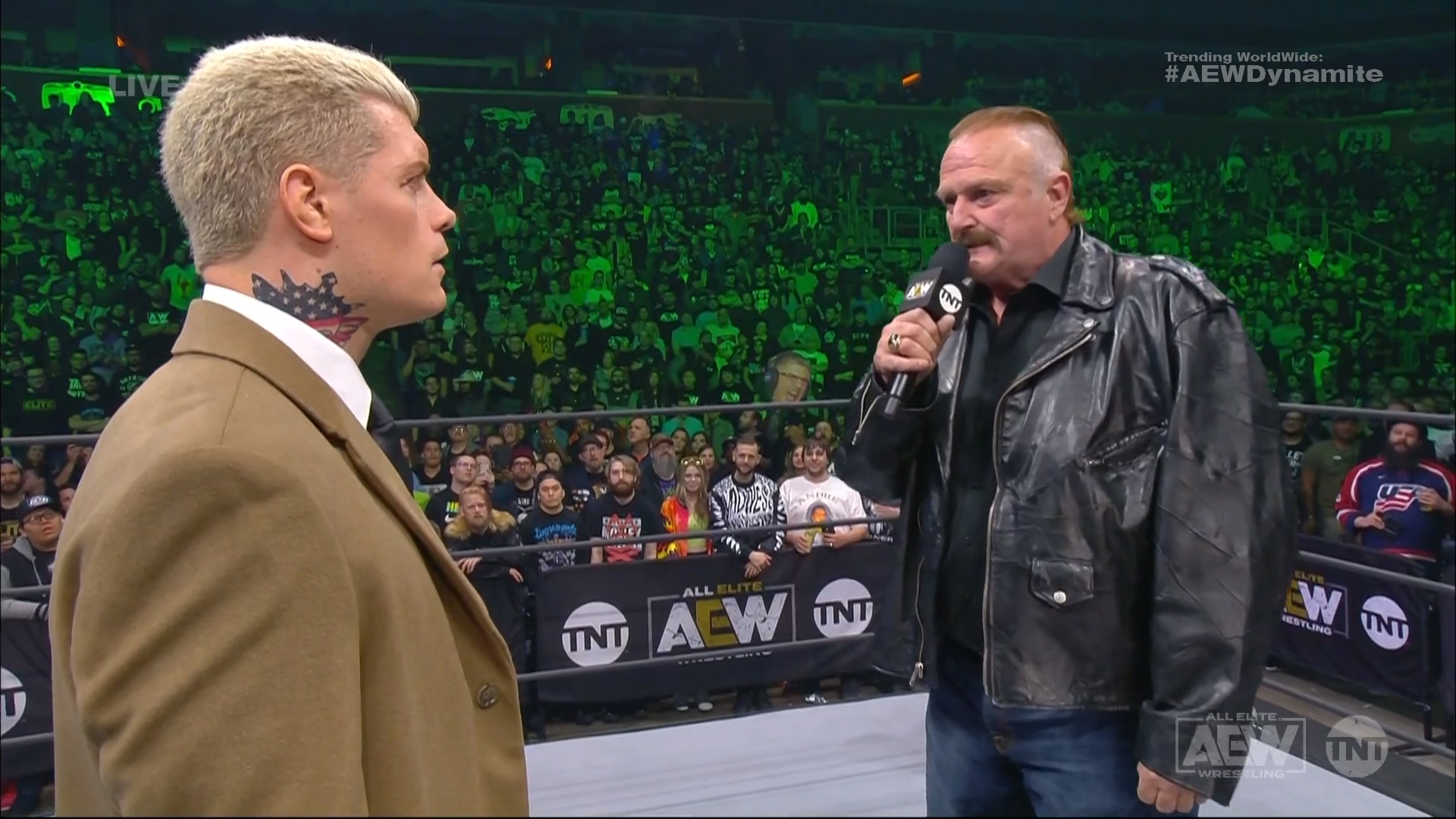 Cody gave a speech regarding how MJF cheated. Jake “The Snake” Roberts came out to let Cody know he was tired of hearing him whine and cry. “Take it like a man” he said. His client “The Dark Side” will be coming to destroy Cody. 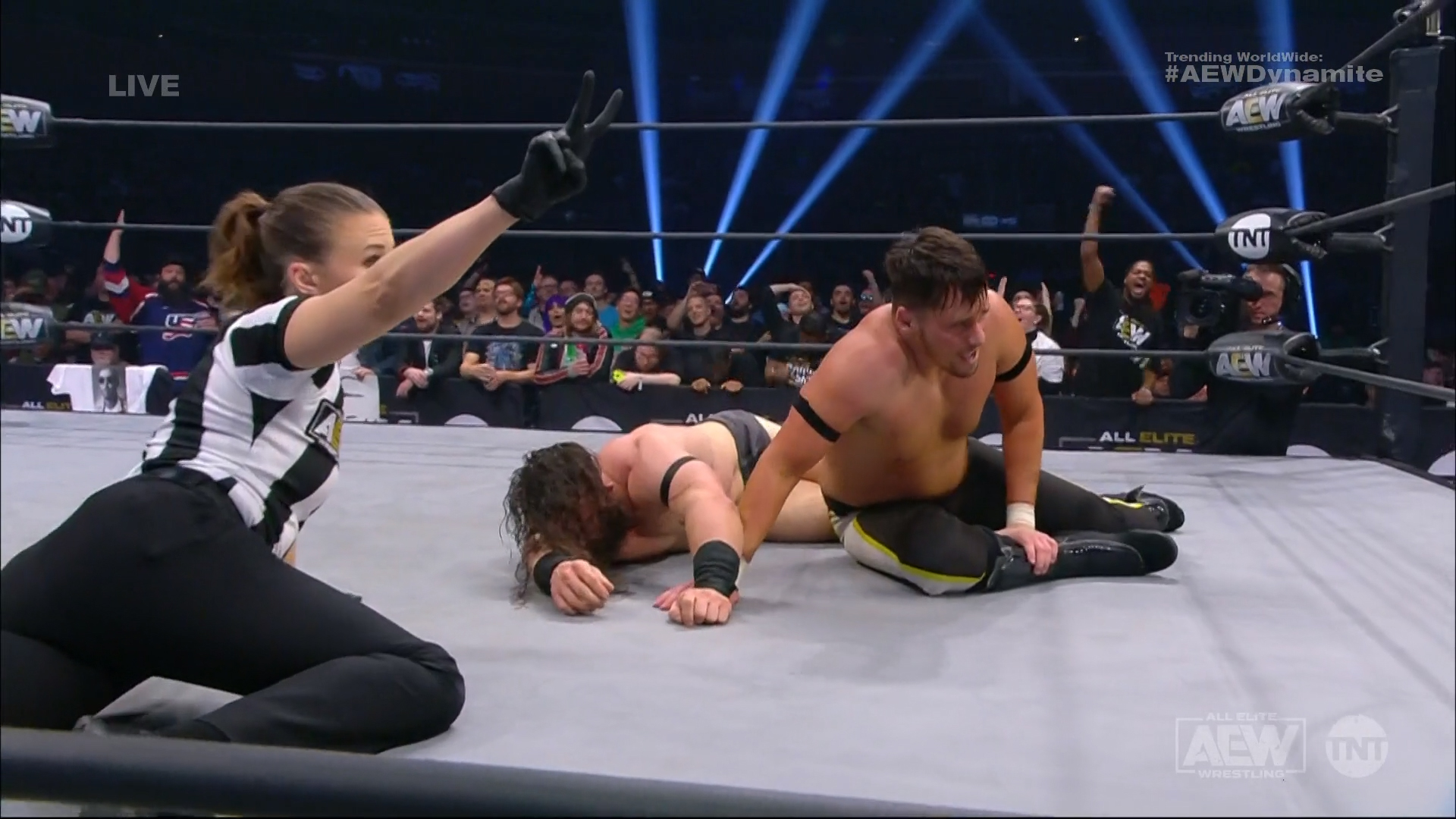 PAC defeated Chuck Taylor (Accompanied To The Ring) by Orange Cassidy and Trent in a Singles Match to earn 20 points. 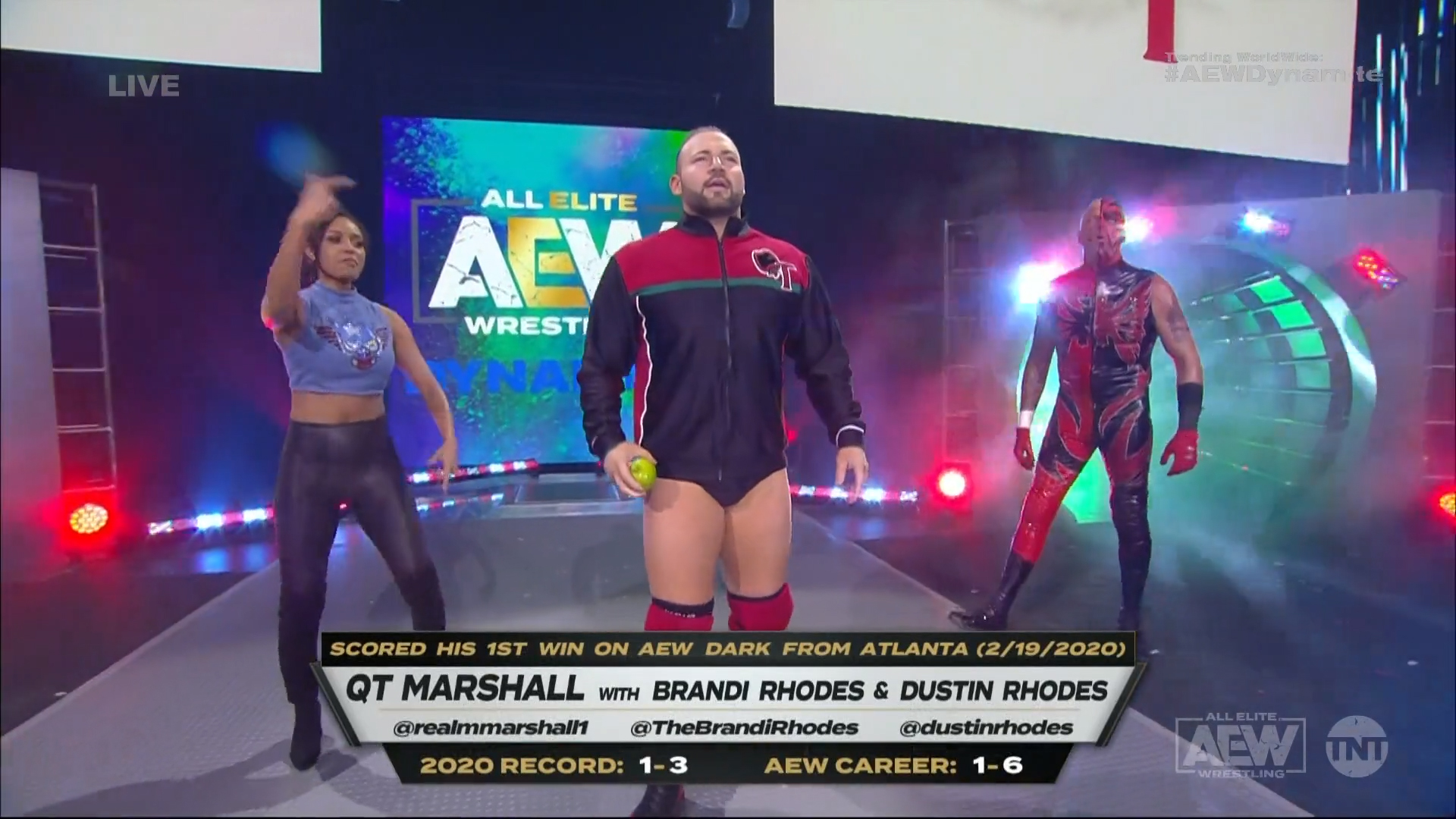 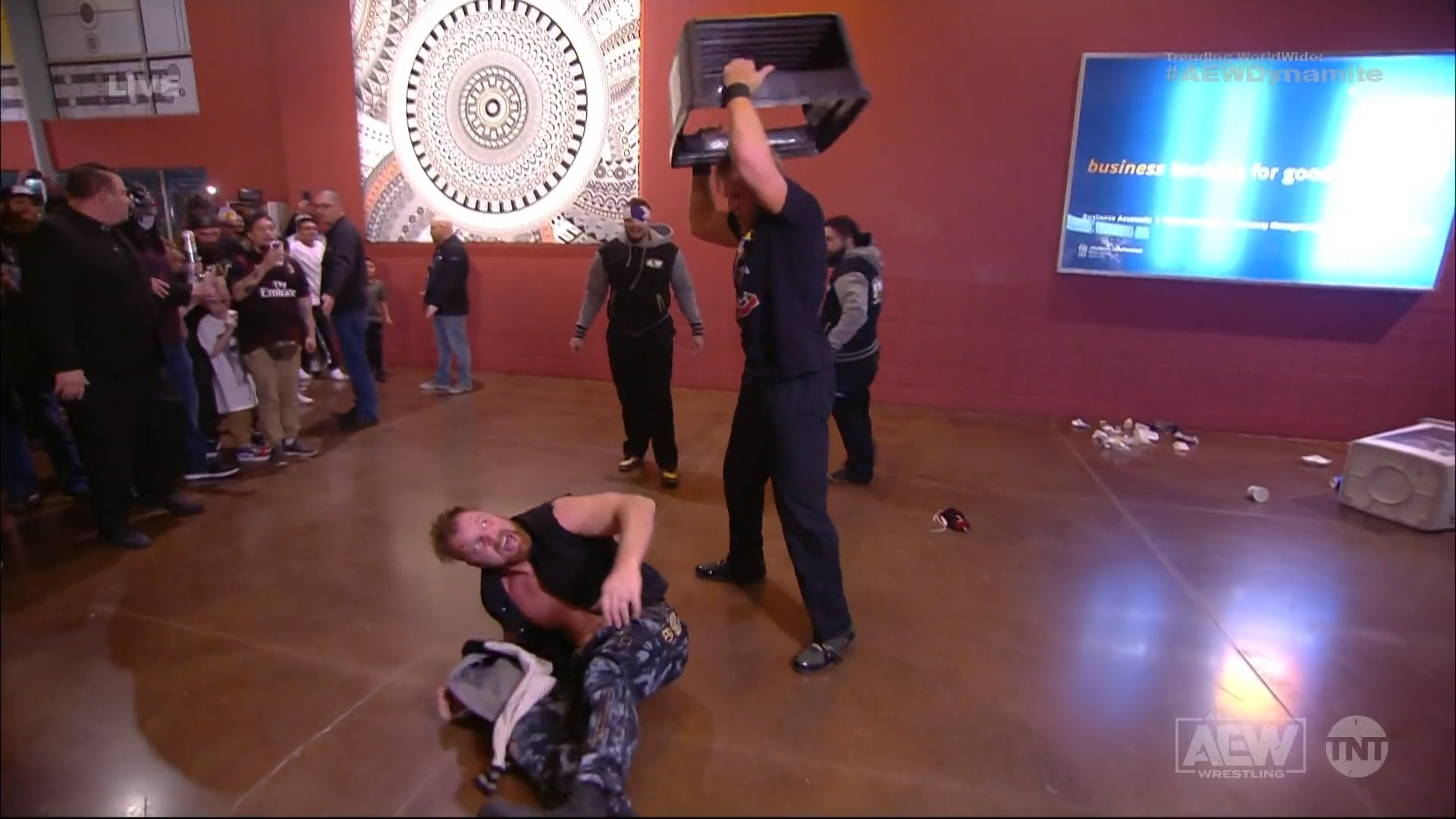 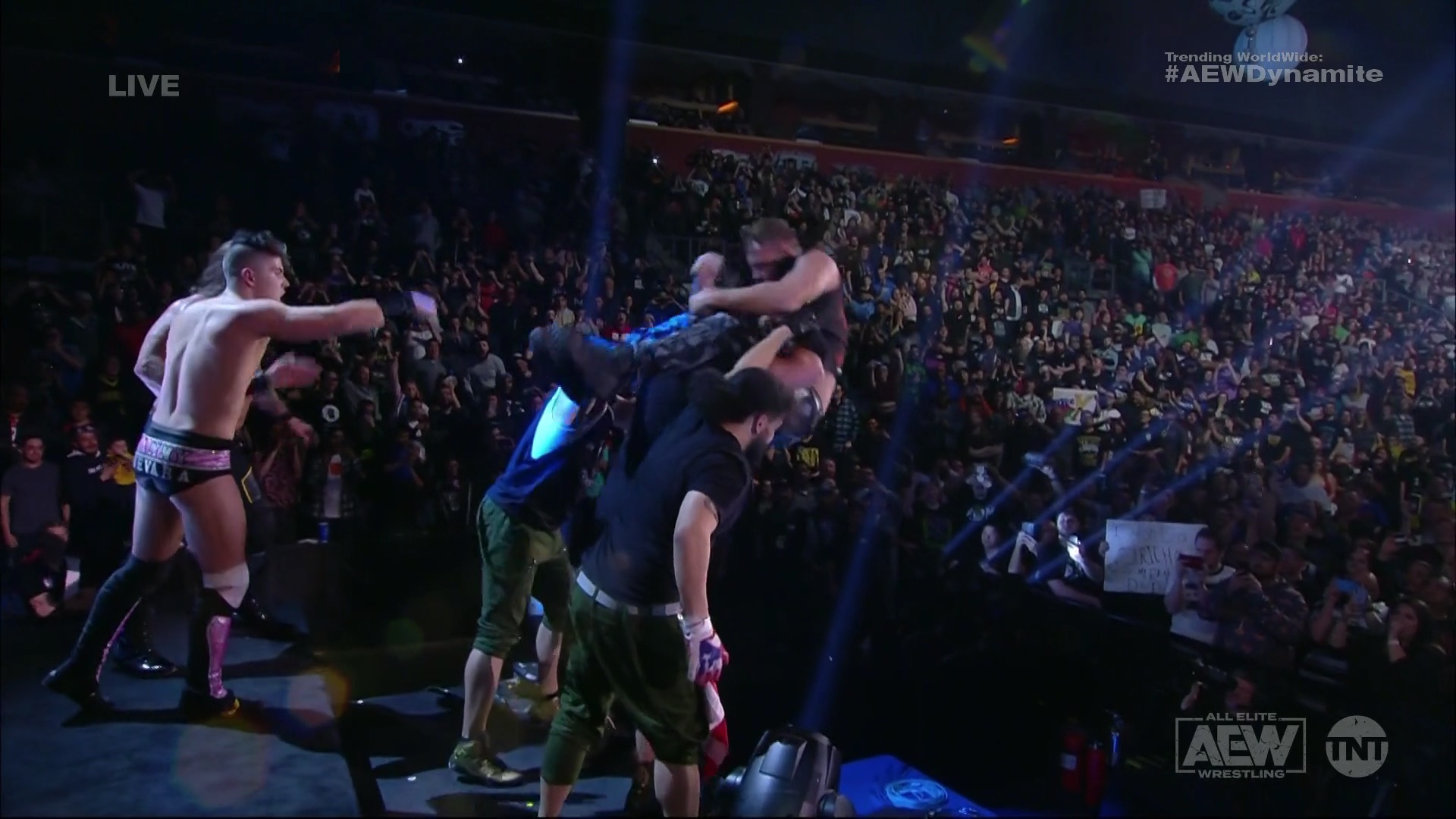 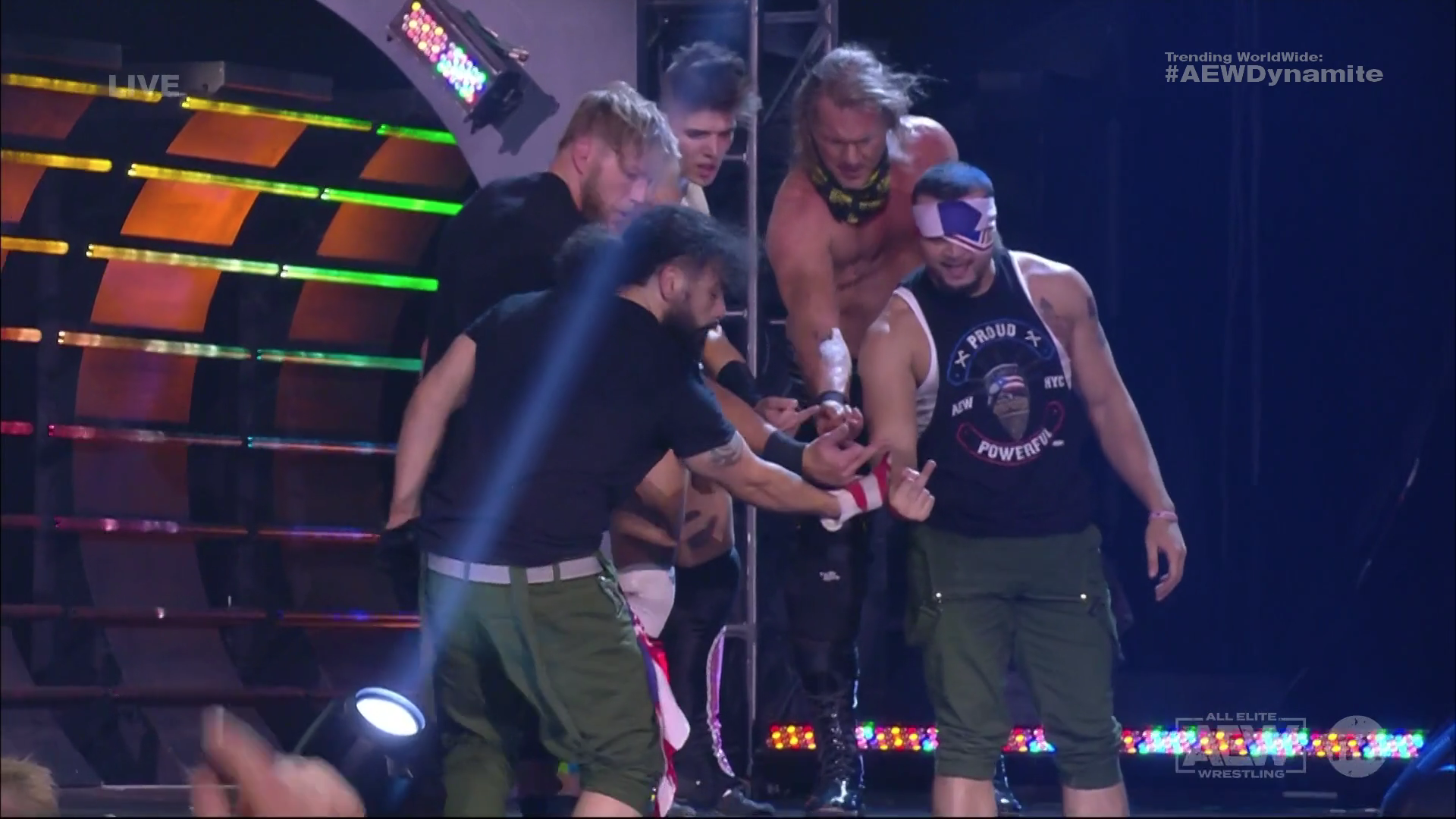 Chris Jericho and Sammy Guevara defeated Jon Moxley and Darby Allin in a Tag Team Match to earn 20 points each. There was total chaos before the match and after the match with Attacks, Chair Shots, Table Shots and Multiple Attacks. Inner Circle pulled off a Shield Move at the end. Why? Seems a little weird to me. 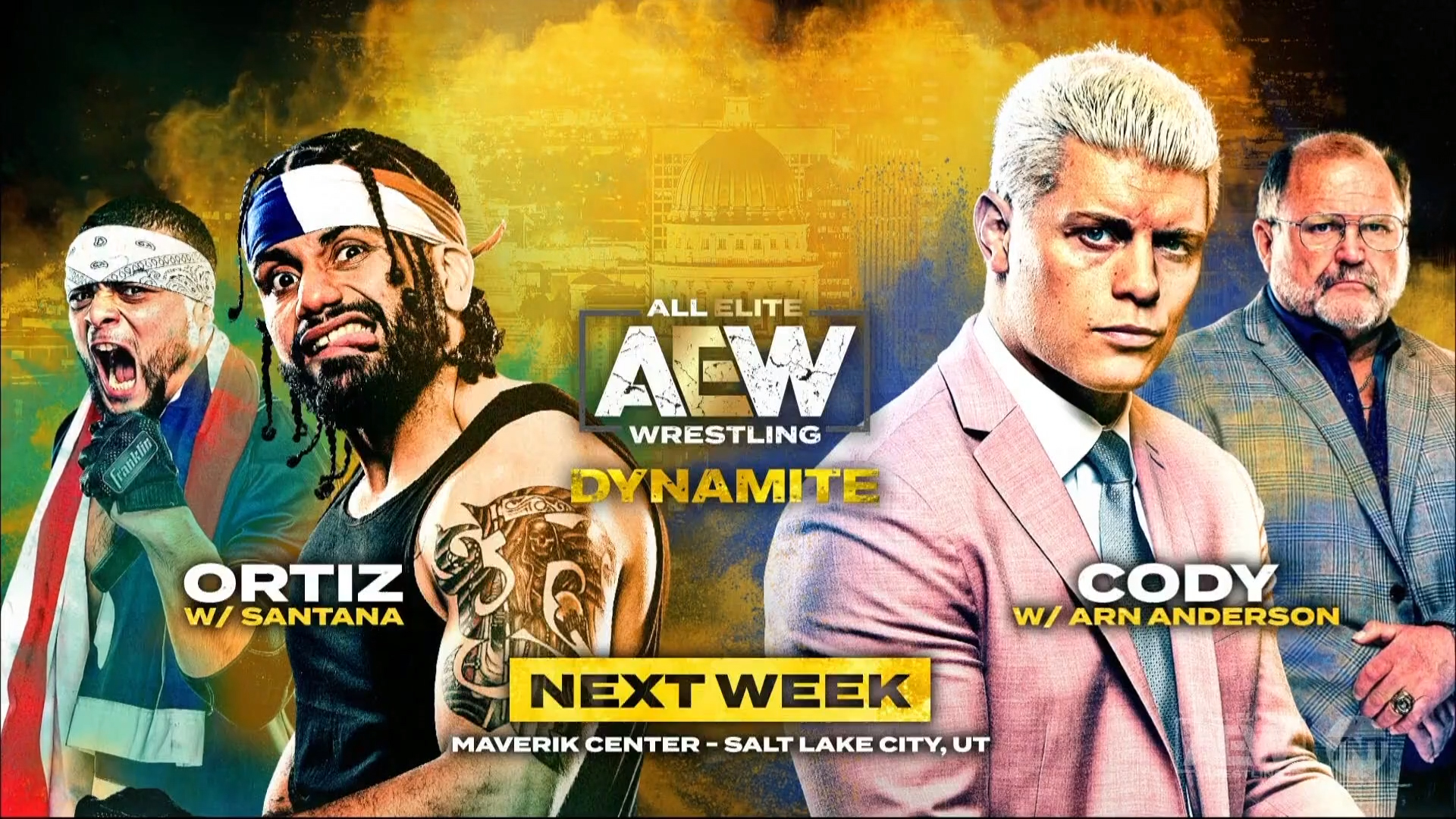 Cody will face Ortiz next week on AEW. 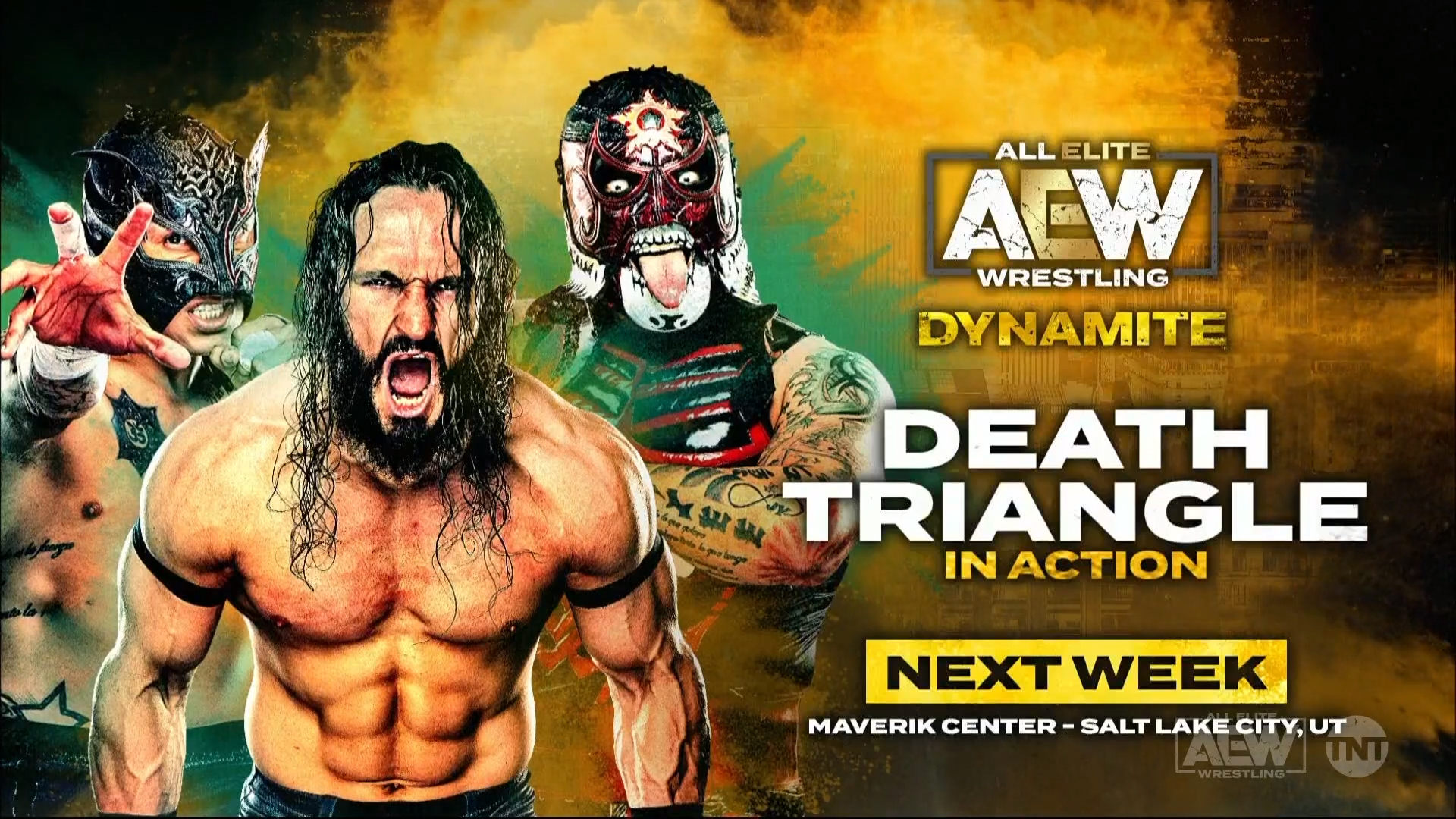 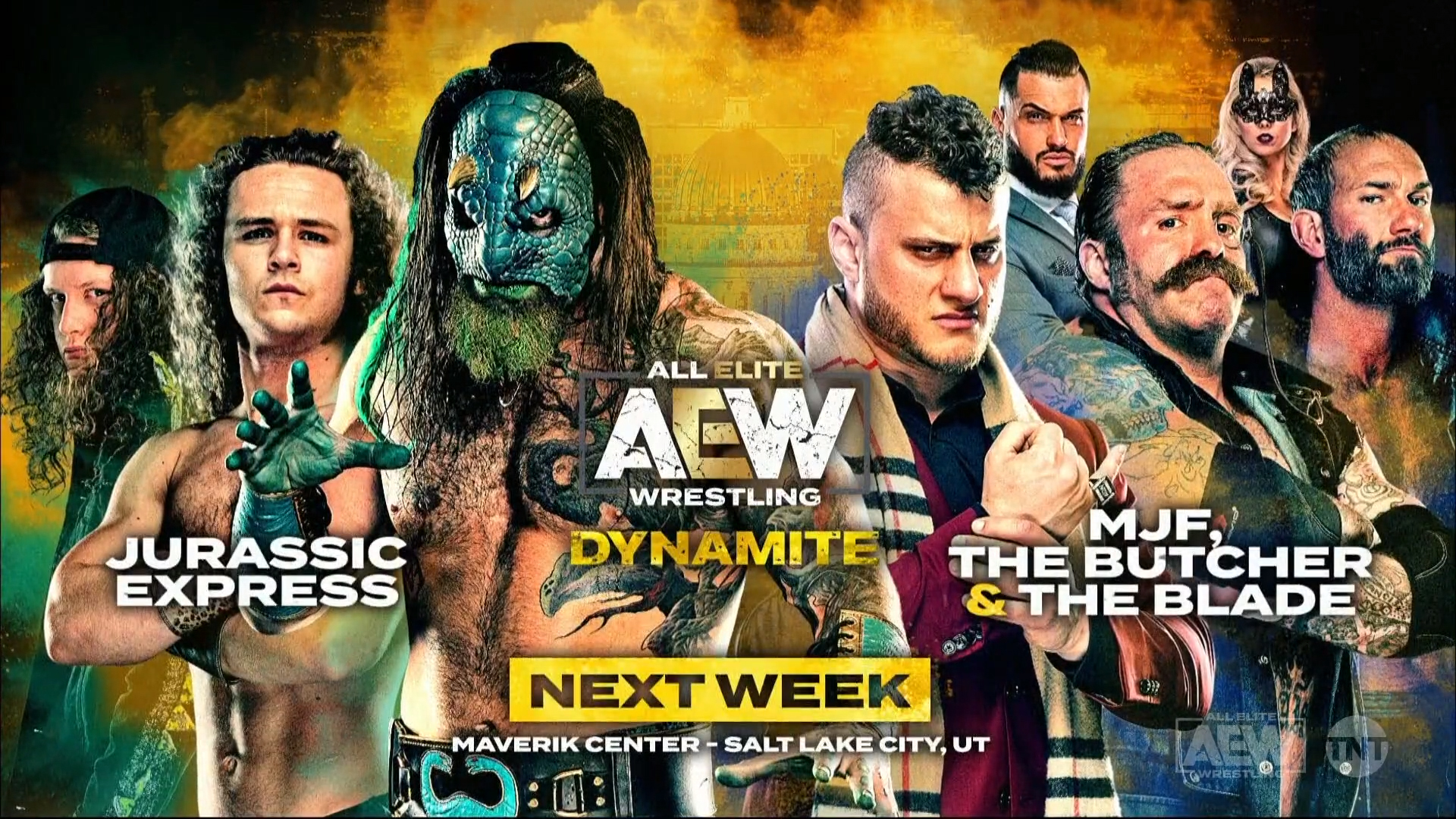 Jungle Boy, Luchasaurus and Marko Stunt will face MJF, Butcher and Blade next week on AEW.

Hashtags used this week on AEW: